Book Sale, “His Hands on me” by Dolores Bennett

His Hand ON Me

This newly published book is the story of how a spunky little girl, who was always getting into trouble, dealt with the economic, behavioral, and spiritual problems of growing up poor in the Philippines.

Your purchase of this book from us will help support this years FACC. Please visit the 2021 FACC Homepage for more information about the convention and other ways to support our mission.

Each book is $10 plus shipping in the USA. For international orders, orders of more than 100 books or for local pickup options, please contact us

$10.00 + $5 S&H for a limited time only
*Your puchase will cover book cost with the author and will help support the 2021 FACC. No refunds requested, please. 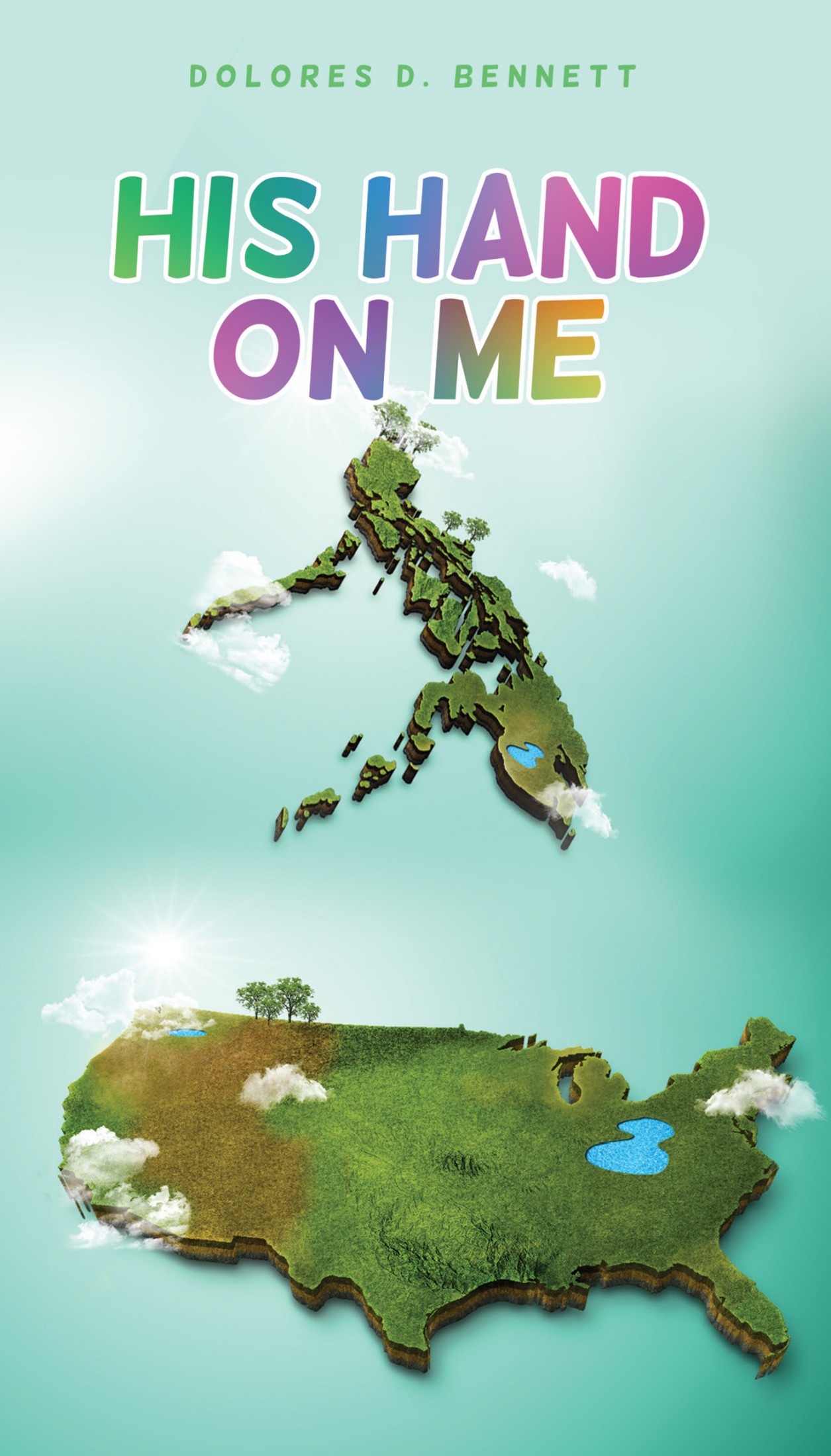 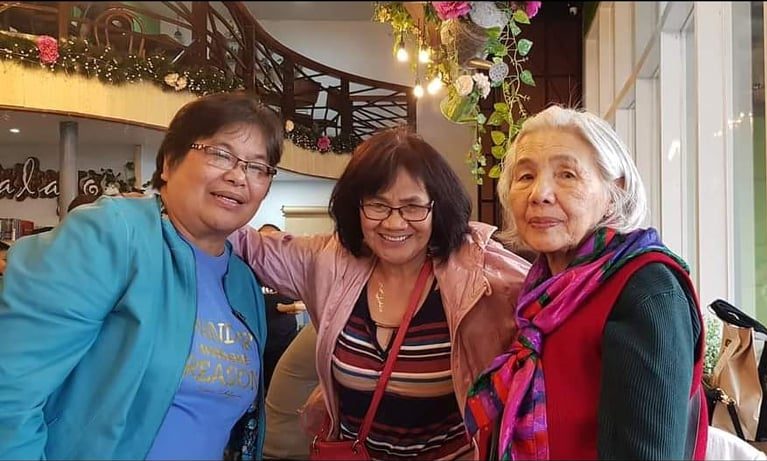 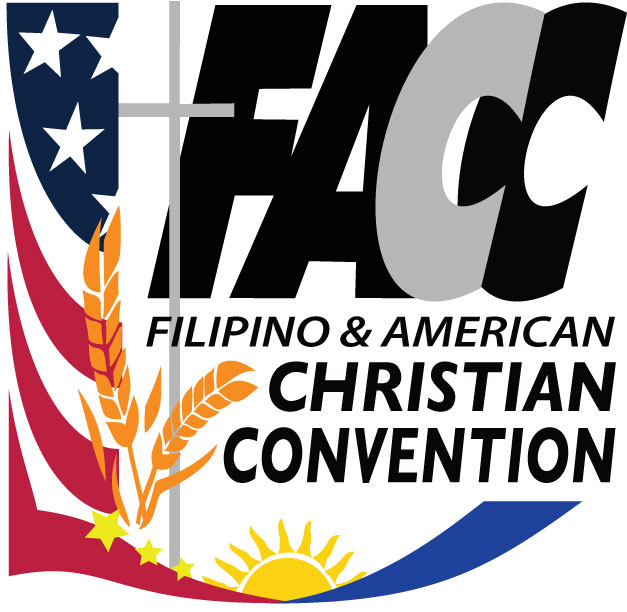 My name is Dolores Bennett. It is indeed a blessing to be able “join hearts, and hands, and voices” with you in this unprecedented occasion of hybrid/virtual convention.

This is my first time to attend FACC, so I am really excited to receive what God has in store for us through our fellowship and our worship!

May we all be blessed because we came. 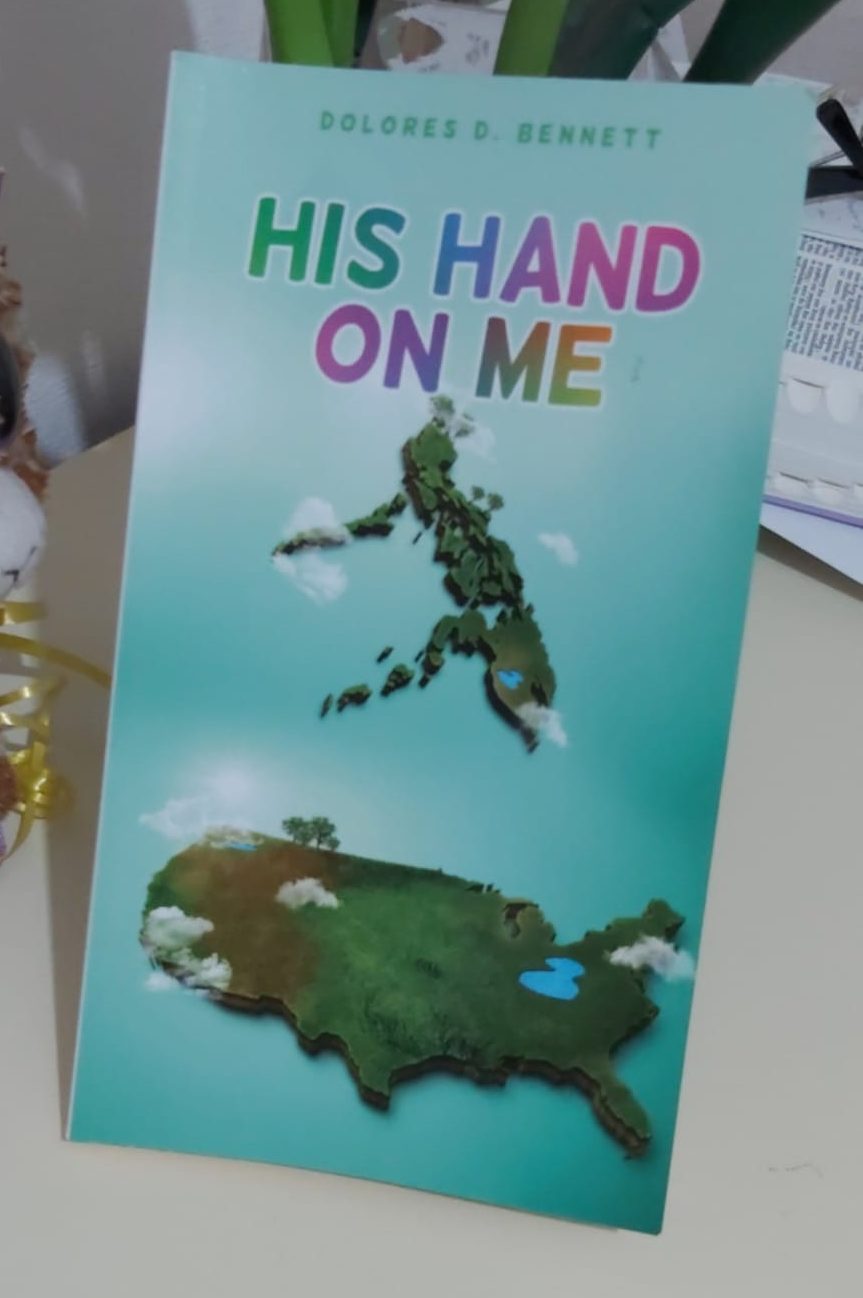 This is the story of how a spunky little girl, who was always getting into trouble, dealt with the economic, behavioral, and spiritual problems of growing up poor in the Philippines. With limited knowledge, skill, and resources, she had to depend on her strength and wit to get by. At the age of six, with no adults around to take care of her or her younger siblings, she resorted to stealing her neighbor’s eggs and pancakes when they were hungry. When food was no longer an issue, she fought for her right to play as a child, even it meant being chastised afterwards. She made sure that she had everything she needed or wanted, and no threat of punishment from her family or anyone else would stop her unless the answer to her needs was literally beyond her reach.

During her elementary school years, she was a troublemaker in the classroom for reasons that she could not understand. In middle and high school, she had another problem to deal with: the spirits of the dead seemed to hover around her. This was compounded by her father’s proclamation that she was ugly and wouldn’t amount to anything. She set out to prove otherwise. It was during her college years that Dolores found out about Jesus, the One who helped to sort out her problems by giving her the faith, courage, and wisdom to deal with them one at a time. Finally, after moving to the United States, Dolores dared to pursue her dream of teaching. In spite of those who thought she could never be a teacher because English was not her native language, and the things they thought she lacked, Dolores was not only hired to teach, but she worked for years as a professional educator. Dolores Bennett was born in the Philippines in a little town called Mankayan in 1959. When she was inspired to write, a local Christian magazine, Sulo ng Kristiano, published her articles about lessons learned from simple things; a mother hen, a wart-covered frog, a rugged hanging bridge, and more. While teaching English/Literature at Philippine Christian University, Dolores co-authored the textbook English for Filipino Students. She moved to Tennessee in 1995 and taught elementary school and wrote the children’s book The Black Feather. Before retiring, Dolores also taught GED/Hiset classes at Morgan County Correctional complex in Morgan County, Tennessee.

It was during her college years that Dolores found out about Jesus, the One who helped to sort out her problems by giving her the faith, courage, and wisdom to deal with them one at a time. 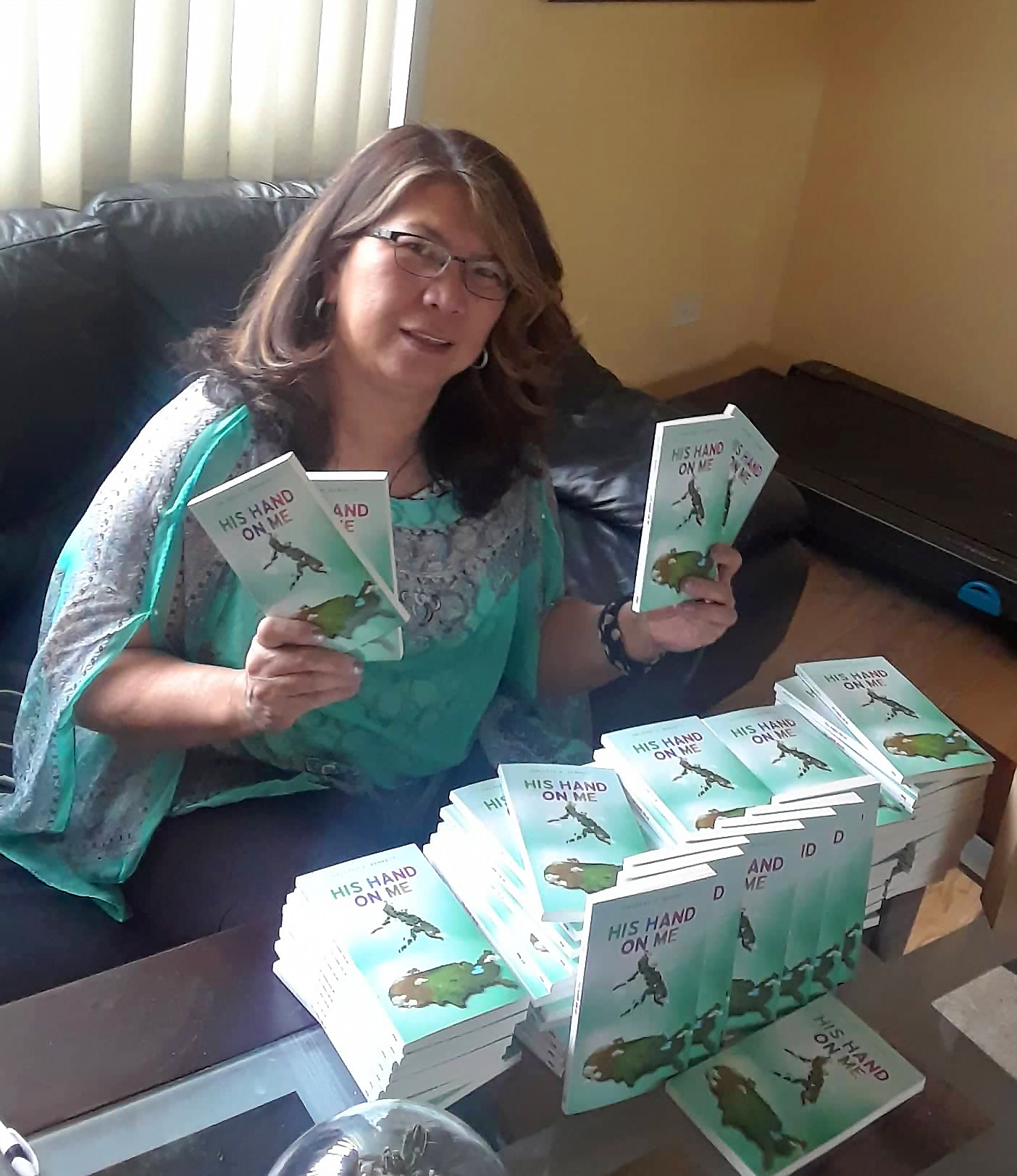 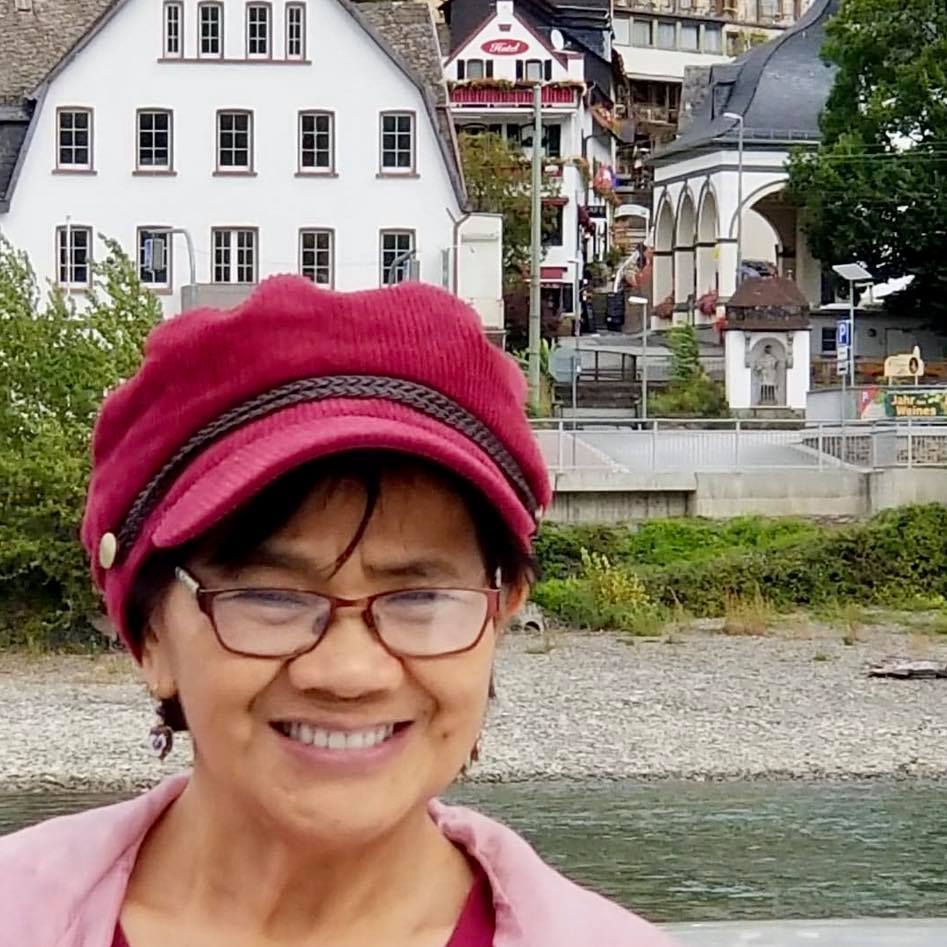 Dolores Bennett was born in the Philippines in a little town called Mankayan in 1959. When she was inspired to write, a local Christian magazine, Sulo ng Kristiano, published her articles about lessons learned from simple things; a mother hen, a wart-covered frog, a rugged hanging bridge, and more.

Purchase the book from us

Your pucrchase of this book for $10 plus $5 shipping and handling will cover the cost of the book to us and the cost of the shipping to send it to you. The proceeds from this purchase will help support the costs associted with this years convention.

Thank you for your support. We know you will also find this book to be an inspiration in your life.

My Grand Escapade and Fearing for My Head

Stealing White Rabbit and Being Forgiven

My Name Is Pain

Searching for Something and Wishing My Father Loved Me

Need for Beauty and Grace

Silent Fight with Father and My Regret

Chased by Fear but Finding Faith in Jesus

Faith that Moves Mountains and Gets Jobs

Being a Professional Driver in the US

Going Back to the Thing About My Name

"Your work place is your mission field."

Being Thankful in Times of Trouble 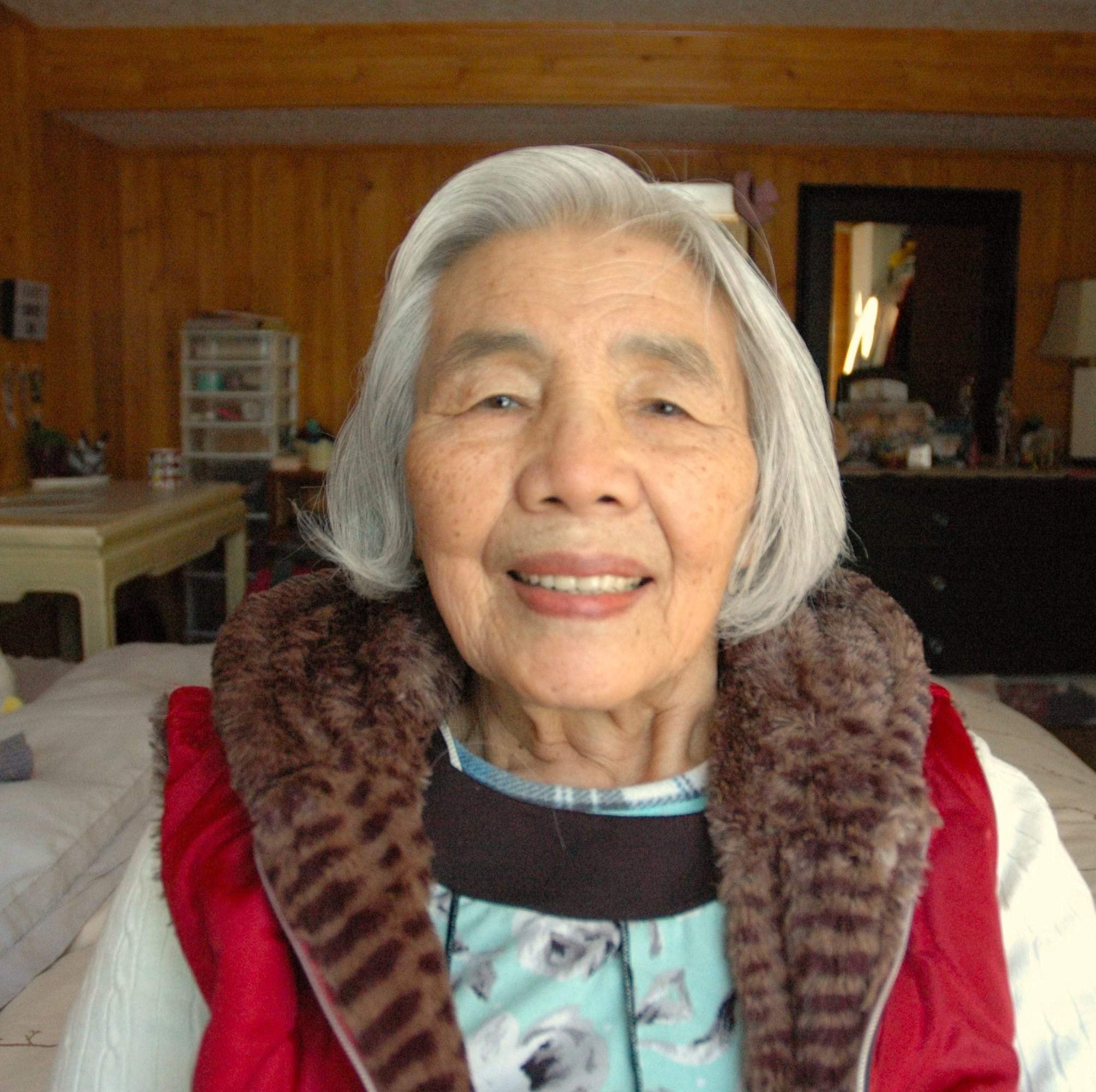 This is auntie Julia, the person who caused the book to be written. Auntie Julia requested to meet the author whom she knew when she was a kid to find out what happened to her after she left her home town.

Neither she nor the author knew that such get-together dinner would lead to the birth of “His Hand on Me”. 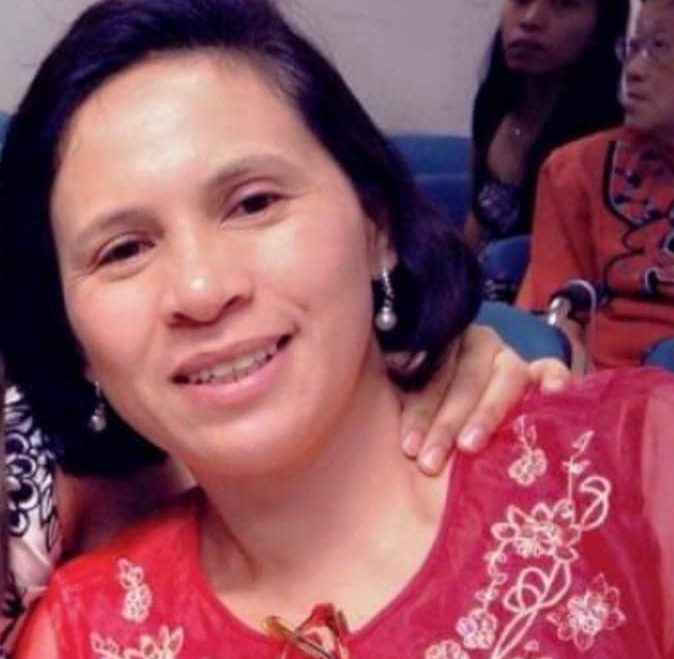 This is Juliet Tugad. The Tugads owned the the duck eggs and pancakes that the author stole when she was six years old because she and her two little siblings had nothing to eat.
Juliet and the author were playmates then.
(Chapter 1) 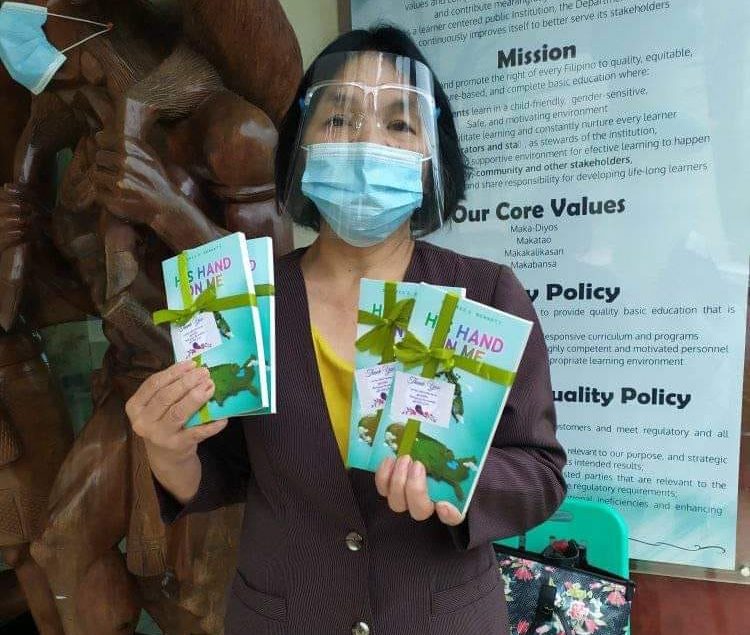 This is Rosemarie. She was the author’s best friend in third grade. She was the one that shared her candies with her that she was selling at school. Instead of eating her share ;however, the author saved hers and sold them to get cash
( chapter 5) 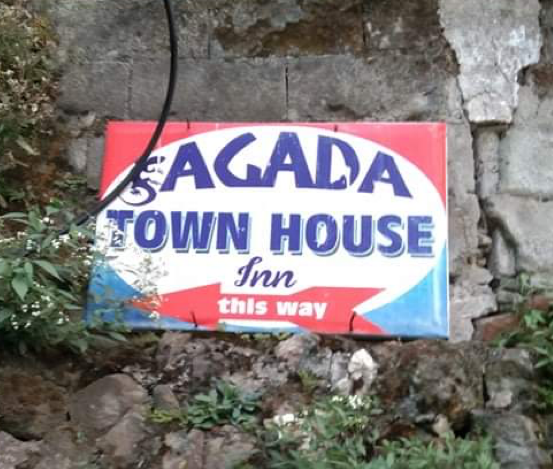 Run Away to Sagada

When the author decided to ran away at the age of 6, she decided to go to SAGADA (chapter 3, 7 and 11.)
Sagada is now a tourist spot in the Philippines because of its unique natural and man made landscapes, its caves and its hanging coffins that once terrorized the author when she was living there with her grandparents.

Beautiful picture of God’s Grace. When you are reading the story, you feel like you are at the table listening to her tell it. I highly recommend this book about the life and testimony of Dolores Bennett!

A book of surprising revelations… of the trials and challenges that she faced from childhood on. It is a reminder… that "all things work together for the good of those who love the Lord and are called according to His purpose"

Dolores Bennett knows how to tell a story! Through an almost Huckleberry Finn upbringing in a poor Filipino family, Dolores weaves a redemptive story through her own fears and failures that bring hope and encouragement to everyone. I highly recommend His Hand on Me to anyone who enjoys high, real-life adventure… with profound, life-altering truths in every chapter.

Excellent book! I had finished reading it in one sitting. Every chapter counts. It is full of Biblically rooted life lessons that could inspire readers even more. And because it's nature is autobiographical it is very experiential that I think most if not all people can actually relate. I had mixed emotions while reading the book. The author actually gave good humour that could make one laugh and at some point cry. Highly recommended for everyone to read.

Your car rolled down s hill, I think I vaguely remember that! You've been such an inspiration every where you went! The Bible studies must keep you busy! Very intriguing about your childhood, it has helped form who you've become with God's words. Loved your book.

This page is for our book sale. Proceeds from the sale will cover the cost of the book, shipping and the remainder will go to support our 2021 FACC. For options to donate and and send gifts to support the convention, please see our donation page on this website.

We look forward to seeing you at the convention!