Pastor Lance Hurley is giving an interview at the 2021 FACC

Lance grew up in a ministry family, his father holding ministries in Illinois, Colorado, Nevada and California.  He went to Lincoln Christian University and graduated there with a preaching degree in 1981.  It was at Lincoln that he met his wife of 38 years, Darla.  They have three adult sons and two grandchildren with another on the way.

During Lance’s final semester at Lincoln, he was contacted by Bob Sloniger, who was the director of the Chicago District Evangelistic Association (CDEA).  Bob was looking for a church planter for a new work in the town of Manteno, IL.  Lance began his ministry with this new church in 1981 on the church’s one year birthday.  There were 20 people in the core group and during the 19 years of ministry in Manteno, the church grew to 250 and over 400 people were baptized into a relationship with Jesus.

Lance stayed involved with the CDEA during his time at Manteno, eventually becoming Bob Sloniger’s part-time assistant.  He traveled with Bob, learning about church planting and dealing with a variety of challenges and opportunities.  In 2000, Lance was asked to become a full-time staff member of CDEA’s church planting efforts.

Since 2001, Ignite Church Planting (formerly CDEA) has started or helped start 40 churches across Chicagoland.  The Sunday attendance of these churches is over 4,500 and each church started reaches their community using a variety of methods.  Ignite starts churches using a variety of methods to reach the diverse people groups of the region.  Recently, Ignite has begun a non-traditional training program via video for people interested in getting involved in church planting.

Lance lives in Bourbonnais with his wife Darla.  He enjoys riding motorcycles, hunting deer, traveling with his wife and spending time with his grandchildren. 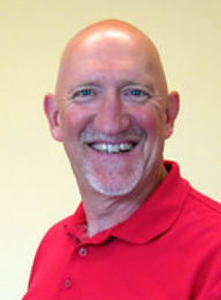